Each morning a child steps on to a school bus.

Each afternoon a child steps off of a school bus.

And each time this routine occurs, there is someone in a vehicle illegally passing a school bus.

According to a study done by the Gwinnett County Public Schools, in the first five (5) months of 2015 more than $570,000 in fines had been collected from drivers ticketed for illegally passing a school bus. After learning of the widespread issue plaguing the children of Gwinnett County, Georgia, WSB-TV Channel 2 News’ Tom Regan wanted a behind the scenes look at how these tickets were issued.

Every single day a handful of officers spend hours reviewing 200 – 300 videos from the 300 cameras that are mounted on the exterior of Gwinnett County school buses. This footage has provided officers with a way to identify those drivers who illegally pass the school bus, and also convey how serious this offense can be to a driver. The officers take the footage and determine whether or not a ticket should be issued.  It is important to note that not all “suspected” violators are fined. The investigation revealed that one-third of the suspected violators’ actions are found to be “questionable” and therefore no ticket is issued.

For example, some video footage showed drivers passing the bus just as the stop sign was coming out—which results in officers not citing that individual driver. However, don’t think that officers aren’t cracking down on this issue because in spite of these exceptions, 8,000 violations were issued to drivers who clearly violated the law.

To be clear, Georgia law prohibits the passing of a school bus as outlined in O.C.G.A. § 40-6-163(a) and states, in pertinent parts, that the driver of a vehicle meeting or overtaking from either direction any school bus stopped on the highway shall stop before reaching such school bus when there are in operation on the school bus the visual signals … and such driver shall not proceed until the school bus resumes motion or the visual signals are no longer actuated.

This type of offense is not rare as the Traffic Safety Coalition released the following statistics regarding school bus accidents and safety:

The safety of our children should always be at the forefront of our minds—as parents, caregivers and as drivers. If you find yourself approaching a school bus, please remember that a child’s life and safety is in your hands; give the school bus and our children the right away.  You never know who is watching.

For more information about this article, contact Kaine Law. 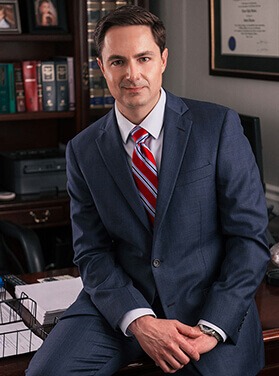